Nemea is an ancient site in the northeastern part of the Peloponnese, in Greece. Formerly part of the territory of Cleonae in ancient Argolis, it is today situated in the regional unit of Corinthia. The small village of Archaia Nemea (formerly known as “Koutsoumadi” and then “Iraklion”) is immediately southwest of the archaeological site, while the new town of Nemea lies to the west.
Here in Greek mythology Heracles overcame the Nemean Lion of the Lady Hera, and here during Antiquity the Nemean Games were played, in three sequence, ending about 235 BC, celebrated in the eleven Nemean odes of Pindar.

The Temple of Nemeios Zeus

The temple of Nemeios Zeus (330 BC) which was built with tufa on the ruins of an older archaic temple. A combination of three ancient Greek architectural styles was applied (Ionic, Doric and Corinthian Orders). The foundations are 44.5m. long, and 22m. wide. The temple is situated at the centre of the holy grounds, dedicated to Zeus, that included a number of buildings and monuments. During the excavations (1973 – 2004) the sanctuary of Zeus was unearthed (east of the temple entrance), as well as bath facilities, the foundations of a large hostel and the Shrine of Opheltes.

The Stadium of Nemea

The Stadium (320 BC) which had a seating capacity of 40,000 and is impressive on account of both its location and size. The domed stoa with inscriptions on it still stands; this used to be the entrance point for the athletes as well as the starting point for the games.

The Archaeological Museum located within the site. A wide variety of significant exhibits are on display there, the most important of which is “the Aidonia treasure”, an amazing collection of 312 seals and pieces of jewellery, unearthed from the Mycenaean necropolis of Aidonia (16th – 15th c. BC).

What to See in
Ancient Nemea

The Temple of Nemeios Zeus

The Nemean Lion was a legendary creature in Greek mythology that ravaged the area of Nemea. Its fur was impenetrable by the weapons of humans and hence, was unstoppable. It was considered to be the child of Typhon and Echidna, father and mother of all monsters. Other accounts mention Zeus and Selene as its parents.
Slaying the Nemean Lion was the first task that King Eurystheus asked of the demigod Heracles during the myth of the Labours of Heracles. One version has it that the lion kidnapped women from Nemea and kept them in its lair, in order to lure warriors. When the brave warrior would see the woman, she would turn into a lion and kill him. Heracles reached a nearby city, where he met a young boy; the boy told him that if he killed the lion within thirty days, then a lion would be sacrificed to Zeus. Otherwise, the boy would sacrifice himself.
Heracles tracked down the lion and tried to kill it by shooting arrows. He realised though that it was no use because of its impenetrable fur. He then waited until the lion entered its lair from one of the two entrances. He then blocked off the second entrance, and entered the cave as well. There, he managed to kill the lion by strangling it with his bare hands. He then tried to remove the skin from the lion but his knife was unable to cut it. After a lot of effort, the goddess Athena decided to help him, and told him to use one of the lion’s claws to skin the creature. Heracles emerged victorious on the thirtieth day after he had met the boy.

Nemean Games, in ancient Greece, athletic and musical competitions held in honour of Zeus, in July, at the great Temple of Zeus at Nemea, in Argolis. They occurred biennially, in the same years as the Isthmian Games, i.e., in the second and fourth years of each Olympiad. Their origin was attributed to such legendary figures as Heracles and Adrastus of Argos. The presidency of the games was held by the city of Cleonae until about 460 bc, thereafter by Argos. Winners in the competitions were awarded a wreath of fresh wild celery. After 573 bc the games were open to all Greeks, and the Nemea became one of the great panhellenic festivals. A group of archaeologists from the University of California, Berkeley, which began work at Nemea in 1973, discovered the remains of a stadium on a hillside near the temple.
Here in Greek mythology Heracles overcame the Nemean Lion of the Lady Hera, and here during Antiquity the Nemean Games were played, in three sequence, ending about 235 BC, celebrated in the eleven Nemean odes of Pindar.

The old name of Nemea was Ai Giorgis, and after that was named the grape and wine assortment, “Agiorgitiko”, admirable successor of the legendary ancient wine assortment 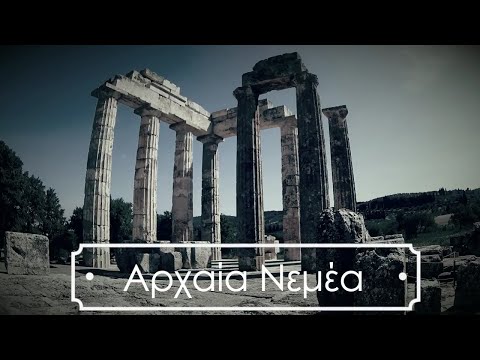 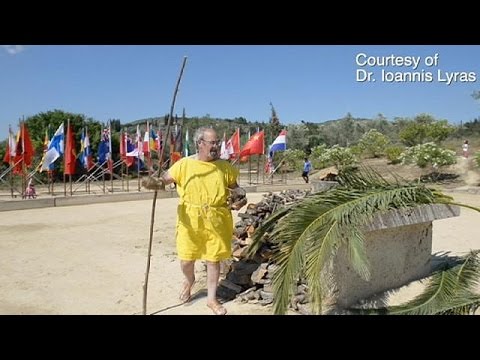 Ancient sporting values are revived in Nemean Games in Greece
3 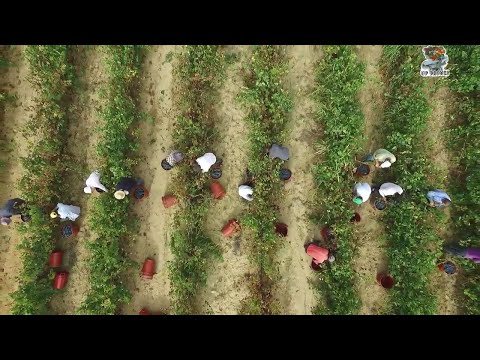 The harvest in Ancient Nemea
4 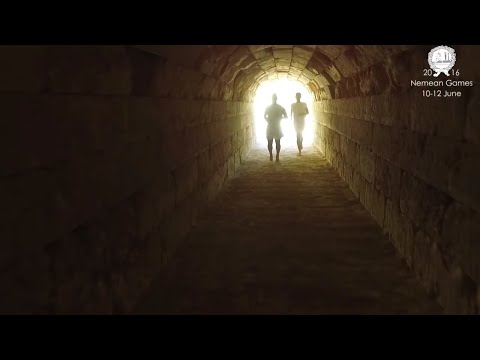